Ready for some challenging academic grammar?

English grammar can be difficult because sometimes the same word works differently in different situations. This is true for -ing verbs, which can do three different things. 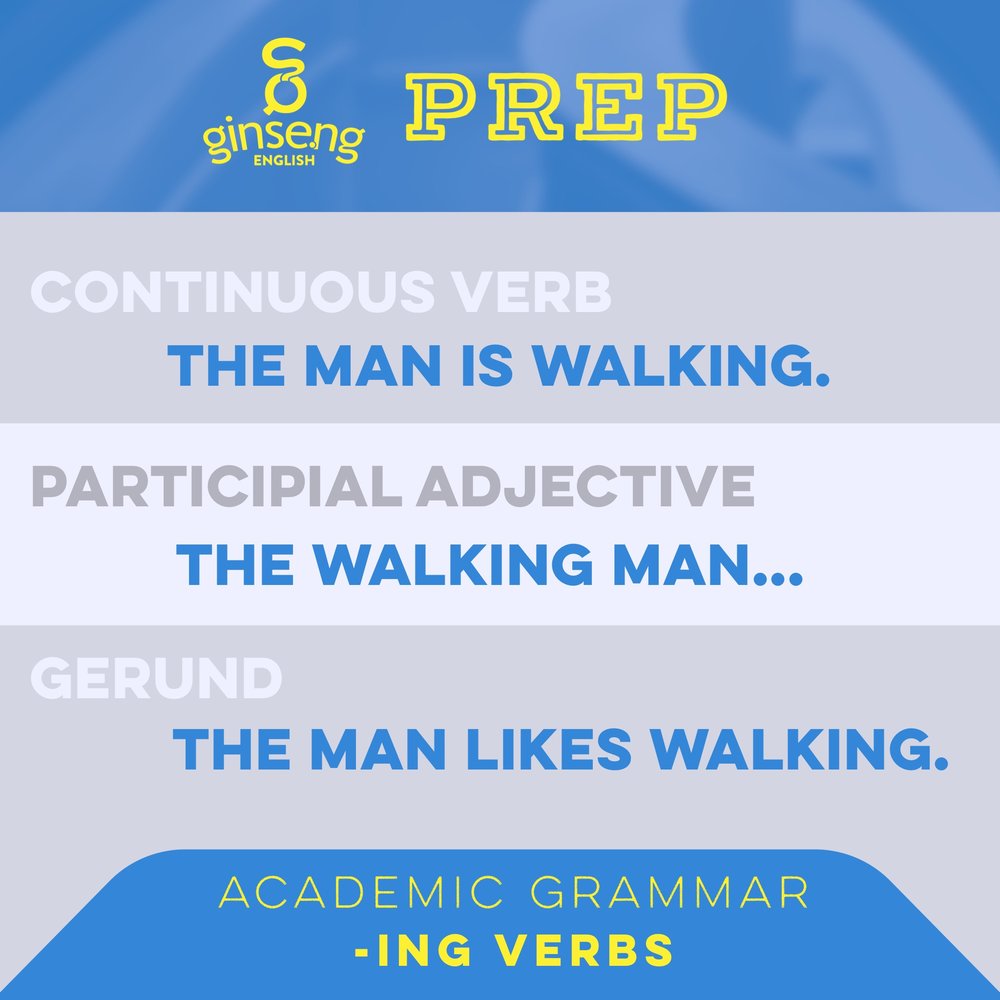 The man is walking.

This is the most basic one: a present continuous verb. The subject in the sentence is “man” and “is walking” tells us what he is doing right now. If you see an -ing verb after a be verb (am, is, are, was, were), it is probably a continuous verb.

The walking man lives with my friend Paul.

The man walking across the street lives with my friend Paul.

In this sentence, we have a subject: the man. We have a verb: likes . What is the -ing verb here? It’s the thing that the man likes. What does he like? Walking. Walking is the object of like. What are some other things you can like? Sports, travel, English. All nouns. Object of verbs are nouns, so walking is acting as a noun here. That’s what a gerund is: an -ing verb that works like a noun.